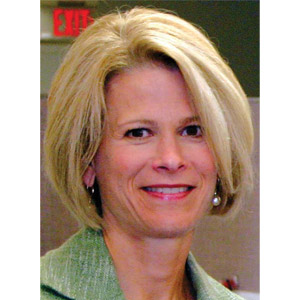 On a warm, sunny February day, 150 persons gathered at Lindale Mennonite Church for what was billed as the Virginia Mennonite Conference Winter Delegate Session but emerged as worshipful work.

The strong turn-out (134 delegates, 17 non-delegates) on a beautiful Saturday was indicative of interest in the agenda topics as well as hearing from Ervin Stutzman, Executive Director of Mennonite Church USA, and Loren Swartzendruber, President of Eastern Mennonite University (EMU).

The morning began with worship and singing traditional hymns including, most appropriately, “Marvelous Grace of our loving Lord.” 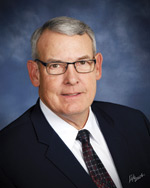 Duane Yoder, pastor at Lindale, led off by reflecting on his chaplaincy work, along with Harley Good, at the Linville Diversional Center. Over a period of years, he baptized 50 men but also encountered times when he was caught between conviction and circumstances. Using the familiar Acts 15 passage, Duane asked, rhetorically, “How do we continue to love each other and maintain the unity of the Spirit when we sincerely disagree?” This became the theme of the day.

The delegates heard from Ervin Stutzman via a taped session at the January EMU School of Leadership Training. Ervin referenced Psalms 42 and 46 as Psalms of desolation and hope particularly in this time of increasing anxiety within the Mennonite Church. 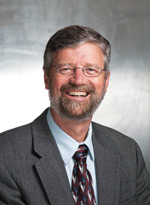 This is precipitated in large part by the recent Mountain States Conference announcement of their intention to license Theda Good for ministry and EMU’s initiation of a listening process regarding hiring persons in covenanted same sex relationships.

Ervin reiterated his commitment to the Mennonite Confession of Faith and called for “respectful conversation with those who differ with our convictions, particularly ardent followers of Jesus who feel marginalized by the church.” 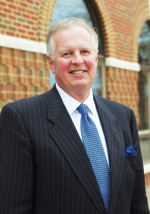 Loren Swartzendruber spoke about the impetus behind the listening process that EMU has embarked on to evaluate hiring practices. He emphasized that the outcome is not pre-determined and that EMU is committed to bathing the process in prayer. Ultimately, any change in hiring practices is a decision that the EMU Board will need to make.

The afternoon included reflections from Aldine Musser, co-pastor of Stephens City Mennonite Church, on Galatians 5:22-25 with a call to yield daily to the Spirit, knowing that those who belong to Christ Jesus have crucified the flesh and are called to keep in step with the Spirit. Time was spent in prayer for our church and our leaders.

Aaron Kauffman, President of Virginia Mennonite Missions, concluded the day with a call to make disciples in the way of Christ, acknowledging that Jesus is the message and the model.
As I was walking and praying following the delegate session, I was reminded of a series of dreams I had several years ago.

In the first dream, I was in one of two side-by-side elevator shafts. I could hear chatter and laughter and see light emanating from the other elevator. By contrast, I was alone in my darkened elevator and the floor began shrinking as the elevator ascended. I awoke petrified when the floor was reduced to a square only large enough for me to stand on.

Several nights later I had another dream. This time I was perched on a large rock with waves crashing all around. Yet, I had an overwhelming sense of security and peace. And then it came to me, Jesus is your rock! As we are in these tumultuous and increasingly polarized times, my prayer, in line with the words Dad [Herman Reitz] spoke before he passed, is “Hold onto Jesus.” He is the rock of our salvation.

Top photo: Duane Yoder reflected on his chaplaincy work and introduced the theme of unity among strong disagreement. Courtesy photo.
Middle photo: Ervin Stutzman shared from Psalms about hope in a time of increasing anxiety within the Mennonite Church, via a taped presentation. Mennonite Church USA photo.
Bottom photo: Loren Swartzendruber spoke about the listening process that Eastern Mennonite University has embarked on. Photo by Lindsay Kolb/EMU.

Posted in All posts, Connections, Events