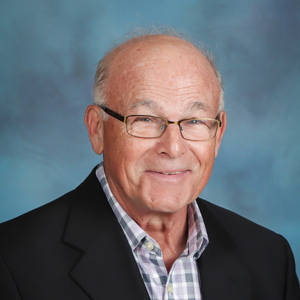 My journey began on Easter Sunday, April 5, 1953. I was born in Lancashire, England, at Burtonwood Air Force Base, where my father was stationed during the Korean War. In 1955, we moved back to my dad’s grandparents’ house in Pleasant Valley, Virginia. Abe and Cora Early were members of Pleasant Run Church of the Brethren and represent eight generations of German Baptist/Dunkard lineage. After my father’s graduation from Madison College in 1958, the family moved again to Portsmouth, Va., where my father taught at Woodrow Wilson High School.

Any chance of connecting again with the Church of the Brethren ended when we started attending Central Methodist Church nearby. Shortly thereafter, I was baptized as an infant, of which I have no recollection. My mother got very involved in the choir and my dad was elected to be on the Church Board. My brother, Michael, sister JoAnna and I became active in Sunday School. The choir director said that I, at 10 years old, had a great singing voice and recommended I take voice lessons. A neighbor down the street gave voice lessons, so my mom signed me up. I was so embarrassed that my friends would find out that I went around the block from my house to avoid being seen! But I did it.

My career was short-lived. A year later, when I was supposed to sing a solo, I froze and forgot the words to “Fairest Lord Jesus,” and started singing “Onward Christian Soldiers!” I say all this to point out that in those early days of my life, the church was very important to me. It was a central part of our family structure. I especially loved my third grade Sunday School teacher who taught me so much about Jesus and the Bible.

Life changed radically for me in 1964, when my father secured a government job in Maryland and our family moved to Vienna, VA. We visited several churches the first month, but none seemed to fit for my parents, so we stopped attending. At first, I missed my friends at the former church, until I made new connections with my peers. A whole new mindset opened up for me. Now I was moving through the teen years and exploring new experiences, like girls, alcohol, drugs, and sports. God was gone from my mind, if He ever existed. Life was good, I thought at the time.

In the fall of 1971, I started attending Madison College along with three of my best friends from James Madison High School. The first few months were great: fraternity parties, soccer games, great classes and yes, those freaky Jesus people, trying to save me from going to Hell. What I did not realize at the time was God’s Spirit was starting to work on me – it was around Christmas.

Something was missing in my life that I had when I was a child. I became friends with one of those Jesus people, “Bible” Billy Yates. We talked about everything, including religion, but he never pushed Christ down my throat. He showed it with his desire to connect and belong without forcing me to believe I needed Jesus as my Savior and Lord. God was preparing me for that through Billy’s patient and loving spirit. Art McPhee would call it friendship evangelism.

On February 6, 1972, Billy invited me to go hear J.C. Wenger speak at Chicago Avenue Mennonite Church. “Who is J.C. Wenger,” I asked Billy. “I don’t know who he is except he is a Mennonite,” Billy responded. “What’s a Mennonite?” I asked. His response was, “I don’t know. I am a Methodist. Let’s just go and see.”

We went. That night, J.C. Wenger (in his plain suit) spoke on “six ways to interpret the Scriptures.” It was informative, but there was something about him that kept saying to me he has what you don’t have. Billy and I left the meeting, and I was feeling convicted, but not converted. We went later that night to an Inter Varsity meeting in Gifford Hall at Madison College. And that is when my life was forever changed.

Two former gang members with the Tom Skinner Association spoke on what it meant to be black and a follower of Jesus Christ. As they spoke, the Holy Spirit of God was saying, “I am here to give you a purpose for your life, like they have gotten from Me. I started crying and said to myself, “I am tired of running from you God, if I am going to do this, it’s got to be one hundred percent.” The speakers prayed with me and I gave my life to Jesus Christ. After the meeting, they stayed the whole night with me in my dorm room. They would become my friends over the next years of my journey.

How did I become a Mennonite? A month after this, I received a phone call from John Yoder from Eastern Mennonite College, asking if I was interested in helping start an outreach ministry called Liberty Street Liberation Center in downtown Harrisonburg. “God, what are you doing to me — those Mennonites again! Come on!” I accepted the call and got involved.

Fast forwarding, I connected with John and Beulah Hess Yoder. They invited me to their home several times to eat with them. I asked a lot of questions about what Mennonites believed. They gave me a book entitled The Anabaptist Vision by William Estep. I took the book home and read it until 3 a.m. Before I went to sleep, I said “God, not only have I found a purpose for living, but I have a history and a set of beliefs that I can own.”

I started attending Broad St. Mennonite Church in Harrisonburg and joined my first truly integrated congregation in July 1972. I also got very involved in a Bible study with Madison students that met in the home of conservative Bishop Lloyd Kniss and his wife Elizabeth. The involvement with that group and the teachings of “Papa Kniss” was monumental in my spiritual growth and my learning of the Mennonite church. I may not be a “blue blood,” but at 67 years old, I have become and always will be an Anabaptist!

When I was asked what I hope to work at in my role as Virginia Mennonite Conference Moderator, three overall goals emerged.