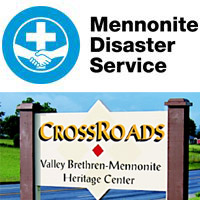 On October 29, 2012, Hurricane Sandy made landfall in New Jersey. The effects of this superstorm are still being felt by many persons along the East Coast and in the Appalachian mountains.

Mennonite Disaster Service (MDS) of Virginia has been extensively involved with rebuilding homes and the lives of persons who suffered from this disaster. The Eastern Virginia Unit gave initial leadership to the response in Crisfield, Maryland. MDS bi-national continued the rebuilding from last September to the present. Numerous individuals volunteered for several weeks to several months from the Virginia units. A sizable number of weekly volunteers also helped, both in Crisfield and the New York City area. 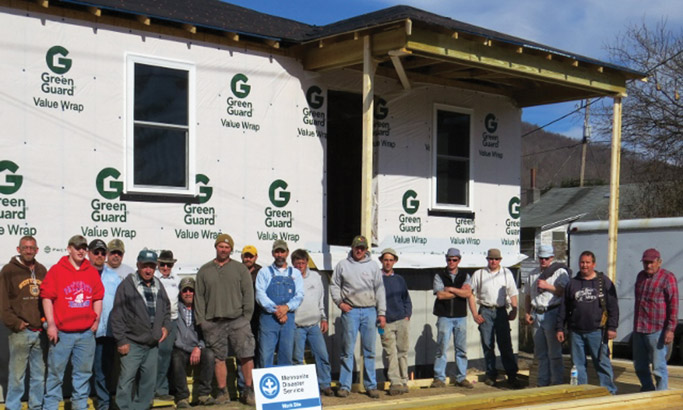 The new home build, along with a large volunteer framing group, for the Rex family in Rainelle, West Virginia. The home owner is on the left hand side. Photo by Rod Burkholder

The Shenandoah Valley Unit has also been active in West Virginia. Sandy not only flooded many homes along the coast, but also dumped up to two feet of snow in parts of the Appalachians. The unit was contacted about a dwelling in Rainelle, W.Va., where the roof and supporting walls were structurally compromised from the heavy snow. A new house is presently framed. A good number of individuals have been involved in getting the structure to this point. MDS bi-national, with help from MDS Shenandoah Valley, have also built a foot bridge in Webster Springs, W.Va. The bridge was the only means for the home owners to access the public road during times of high water. The previous structure was destroyed by Sandy.

If you want to be involved in these aspects of restoring hope to persons lives, contact Rod at: rodburkholder@comcast.net or Rich at: rarllr211@gmail.com

Remembering the Brunk revivals at the Heritage Center

People gathered under a hilltop tent to celebrate the ministry of the Brunk Revivals and dedicate a permanent exhibit on the campus of the Valley Brethren-Mennonite Heritage Center on Saturday, May 24. The tent evangelistic meetings were held throughout the United States and Canada from 1951 to 1981. 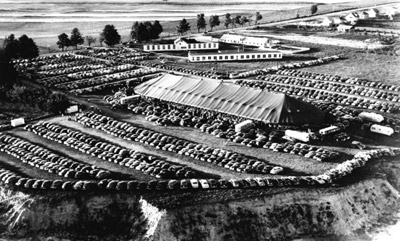 John L. Horst, a college student at the time and member of the Mennonite Hour Quartet, remembers the quartet being invited to sing at a 1958 campaign in Abbotsford, British Colombia. “The total service lasted about two hours, with Brother George’s dramatic sermon being nearly an hour. I was sitting just about 8 feet behind him on the trailer stage. His stage presence and use of the microphone stand sent his voice reverberating though the tent. Interesting stories kept us in rapt attention.” 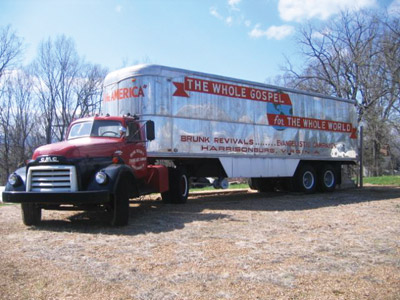 The Brunk Revivals Exhibit is housed in one of the original trailer trucks used to haul tents and equipment to campaign sites. The exhibit includes a video, photographs, revival artifacts and a scrapbook of articles and photographs from each of the 109 revival meetings.

The exhibit is now part of the Heritage Center tour and can be viewed during the Center’s open hours Wednesday – Saturday from 10 a.m. to 5 p.m.

Joan is Executive Director of the Valley Bretren-Mennonite Heritage Center.