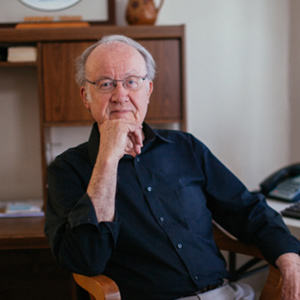 Four responses to the SOS “Hundreds for Hundreds” campaign

Most of our efforts this year will be focused on promoting generous online giving. We are also planning a two-mile “Hundreds For Hundreds” SOS Walk in Harrisonburg on Sunday, August 23 at 6:00 p.m. as a family-friendly fundraiser. Those who prefer not to do a public walk can get sponsors for a virtual walk at a time and place of their choosing.

MCC was formed in 1920 to provide desperately needed relief for Mennonites in famine and war-ravaged Ukraine. Over a three-year period, it raised $1.3 million in food aid and purchased 50 tractors and plows to replace draft horses that had been destroyed or confiscated during the recent war. Today that would represent over $33 million worth of aid.

Today people all over the world are suffering the effects of similar wars and famines, combined with such disasters as locust plagues, floods and now a worldwide COVID-19 pandemic. An estimated 265 million people will experience severe food shortages this year, twice the number that faced starvation-level poverty a year ago. And among the populations most affected are the over 70 million refugees around the world.

Meanwhile, MCC income has dropped by some $5 million this year. The “Hundreds for Hundreds” campaign can help make up for this shortfall.

So as we make our choices, consider the prayer by seven-year-old Ben Zimmerly Jantzi: “God, please help the poor get rich and the rich get poor, so they know what it feels like. And then, God, let everyone switch back to medium and let everyone have the same amount of food and money.”

* Radical re-investing may not mean becoming poor in terms of wealth used in the production of essential goods and services. That is, some may be entrusted with the stewardship (management) of farms, factories or other business enterprises worth millions. What Jesus asks is that we radically downsize and re-invest the kinds of personal and consumer wealth that is subject to loss by theft, economic downturns, depreciation and deterioration—simply because it is a wiser choice that results in better returns.

This article was originally posted by the author at http://harvyoder.blogspot.com.