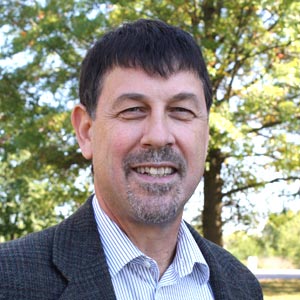 Takeaways from My Sabbatical

In the final week of a three-month sabbatical, I was surprised how excited I was to return to the work of Virginia Mennonite Conference. Looking back to the beginning of the sabbatical, I realized the extent of my exhaustion and fatigue, and my somewhat fragile emotional state. The timing was perfect to undertake my sabbatical activities in the month of June: reading and on-site learning on an African Experience in America theme, as well as connecting with family and friends, and resting. This was interrupted in July by a major health crisis due to my suffering a heart attack, and the subsequent rehab. In August, I reengaged some of the themes of study and continued connecting with family and friends.

I want to share some of the things I learned over my sabbatical on these three themes: Africans in America, family and rest, and reengaging my leadership role.

Four Takeaways from the African Experience in America

I have learned at least four things from the African Experience in America readings and experiences.

One of my “decade goals” is to read all the presidential biographies that are listed on Barnes and Noble’s recommended list. As part of the African Experience reading, I have now completed the Founding Fathers part of the list. I previously read the biographies of George Washington, Thomas Jefferson, and James Madison.

During this sabbatical time, I read about John Adams and James Monroe. In my mind, each of these biographies are heroic narratives. The writer seeks to highlight the leadership qualities of the president portrayed, identify the leadership crisis they faced along with the resolution, describes the friendships and conflicted relationships with other leaders, and demonstrates their leadership as an emerging nation. In these narratives, there is an awareness that these leaders are noteworthy, ahead of their time, and struggle with the challenges before them.

However, the confusing part of the narratives is the Founding Fathers’ commitment to equality and justice, but inability to dismantle slavery. John Adams is the only president of this period who never owned slaves. The Virginia Presidents (Washington, Jefferson, Madison, Monroe) were slave owners and had intellectual difficulty with slavery. However, they noted the reasons why they could not abolish slavery in the colonies and keep the union of colonies together.

One of the challenges of leadership is having the knowledge that some things must change, but also recognizing the political reality limitations to implement the needed changes for an organization or culture.

I read several books written by African Americans who experienced American life in a different way than the Heroic Narratives represent. They provide insights from largely overlooked aspects of our history not accentuated in the Heroic Narratives. Both narratives can provide insights and truth, but marginalized voices have a role in helping us see how the predominate culture is actually functioning more completely.

Those in leadership should value and seek out the marginalized voices in order to gain a fuller picture of culture, organizational impact, and ways that different groups of people can become whole and integrated in the decision-making.

A Culture Rewards Those Who Created It

In 1998, William Booth reflected on the play by Israel Zangwill, “The Melting Pot” in The Washington Post. Zangwill, a Jew from England writing in 1908, captured the national imagination: “The promise that all immigrants can be transformed into Americans, a new alloy forged in a crucible of democracy, freedom, and civic responsibility.”

At that time, the “largest influx of immigrants in its history—Irish and Germans, followed by Italians and East Europeans, Catholics and Jews – some 18 million new citizens between 1890 and 1920.”

Caste: The Origins of Our Discontents is a book by Isabel Wilkerson about how America today and throughout its history has been shaped by a hidden caste system, a rigid hierarchy of human rankings. I came away from the book reflecting on how culture benefits those that constructed it. I remember when growing up in my home congregation, there was an annual vote on all available congregational positions with three names listed for each position on the ballot. During an informal conversation with several adult friends, one person said they could not get elected because they were not one of the favorite sons of the congregation. He married a woman from the congregation, but from his vantage point, he remained an outsider.

The author of Caste makes the case that the culture of the United States is not broken, it merely rewards those that constructed it. I believe the same is true for our conference.

Cultural practices are difficult to change, and in times of extreme anxiety, a culture reverts to its former behavior. The challenge that lies ahead is for our conference to vigorously engage the contemporary challenge of anti-racism in order to establish a more equitable culture for all people.

Where Knowledge is Folly, Ignorance is Bliss

I have learned that my historic perspectives on African Americans and their experiences is anemic. I have taken the time to read and engage in activities in order to better understand the way people in this community have been treated. In Philadelphia, a woman asked me why I went to the museum there. I replied that I was seeking to understand the African experience in America during the colonial period. She retorted, “You are one of those woke people.” I responded by saying, “I am seeking to be empathetic to the experience of people including African Americans.”

It remains my perspective that gathering information through reading and experience can make a difference in our view of the world and the faith community. I want to remain curiously engaged in uncovering the blind spots that have been institutionalized in me by the limits of my educational pursuits and memory.

My life was enriched by connecting to family and friends in Pennsylvania during my sabbatical. My visit to Pennsylvania coincided with my mother’s hospitalization. She was hospitalized in June and July. The medical procedures were successful on both occasions. My parents are planning to move to the Souderton campus of Living Branches. My mother is 85 and my dad will turn 87 in December. Dad and mother are currently in good health. Because they are moving into this next phase of their life, it is my desire to travel to visit them more than once a year. This pandemic season has frustrated my goal of more frequent visits.

Making special efforts with our grandchildren has been meaningful. While I was unable to accompany two grandsons to the Major League Soccer game in Philadelphia, they had a memorable time. The two grandsons that love to experiment with food had a thrilling time at the Melting Pot. Our granddaughter is interested in attending the American Shakespeare Center’s Blackfriars Playhouse to see a Shakespeare play, which we are planning to do this fall. As a family, our children and grandchildren, enjoyed an event evening at Kyoto’s Japanese Steakhouse. The grandchildren not only enjoyed the food, but also the entertainment by the chef!

Returning to the role of Executive Conference Minister has been exciting thus far. I want to take this opportunity to express sincere appreciation for June Miller’s leadership during my sabbatical. She demonstrated the breadth of her leadership capacity as she coordinated the work of the Conference, including the Summer Delegate Assembly, and managed the office. She is an important, valued asset to our Conference.

Caleb Schrock-Hurst began his work for the Conference as Racial Justice and Equity Leader on August 1. He has been engaging with the Racial Justice Task Force throughout the summer and fall. Caleb is open to bring a morning message in congregations based on his schedule availability. Please invite him into your congregation soon.

The most exciting component of my return is to begin engaging in the leadership of the Strategic Plan. The Faith and Life Commission is working on action plans for each of the five goals. Over the next five years our Conference goals are:

Engagement with the Intercultural Development Inventory (IDI) was a fulfilling endeavor. It is meaningful to me to have 43 of our primary leaders complete the IDI. More exciting was their participation in the event with Glen Guyton on August 28, where he reviewed our composite scores for the members of Conference Council, Faith and Life Commission, Racial Justice Task Force, and our staff. I have met with Jane Ellen Reed and have learned my score on this assessment. She has given me some things that I can work on in order to intentionally guide my development in this area.

As we forge ahead as the people of God in Virginia Mennonite Conference, I look forward to working with Sara Wenger Shenk, as she begins her role as Moderator starting November 1.

Posted in All posts, Editorial, Pathways