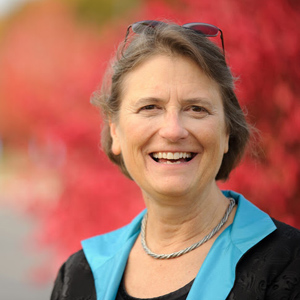 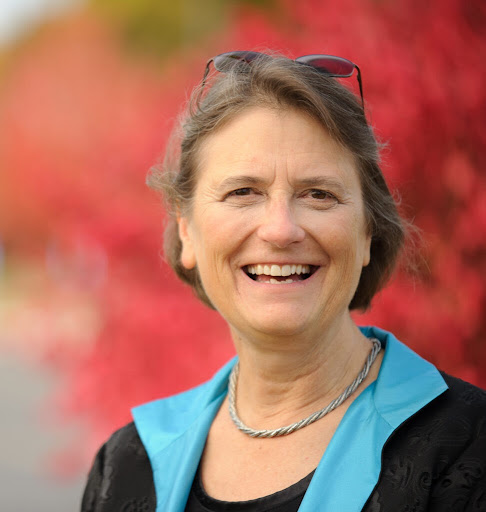 Sara Wenger Shenk will serve as the next Virginia Mennonite Conference Moderator, to begin November 1, 2021. She is transitioning to this role early in light of the resignation of current VMC Moderator Richard Early due to his increased family commitments, effective October 31.

In acceptance of the new position Sara writes, “I have often been surprised (and unsettled) by where God’s call takes me, but I have learned that while God’s ways may be mysterious, I can trust that they will be good. There is much healing work Virginia Mennonite Conference people and congregations can do when we stand with Jesus on behalf of God’s righteous and just reign in the world as ‘people of God’s peace.’ My hope is that VMC will lay aside every encumbrance of fear and run with Spirit-filled joy to bring good news to the poor, release for captives, recovery of sight to the blind and freedom for those oppressed, proclaiming the year of the Lord’s favor.”

Already serving as Moderator-Elect, “It is natural for Sara to step up early to complete Richard’s term,” said Clyde Kratz, Executive Conference Minister.

The recommendation to Conference Council was to have the current Moderator-Elect, who has already been approved by the delegates, become the Moderator and to instruct the Gifts Discernment Committee to select a new Moderator-Elect as soon as possible. Conference Council members approved this recommendation on October 21 to have Sara Wenger Shenk become the Moderator on November 1, 2021.

In order to commemorate Richard Early’s role as Moderator and commission Sara Wenger Shenk as the Moderator, Kratz will plan a worship service to occur on a Sunday in November. This worship service will occur in the Harrisonburg area and include a virtual option as well. More information will follow as planning takes place.

Sara is currently retired after serving in theological education as teacher and administrator, most recently as president of Anabaptist Mennonite Biblical Seminary, Elkhart, Indiana, 2010-2019 and earlier at Eastern Mennonite Seminary as Associate Professor of Christian Practices and Associate Dean from 1995-2010.

Sara and Gerald are parents of three children and six grandchildren who bring immeasurable joy. She lives near Waynesboro, Virginia, and is a member at Springdale Mennonite Church.