← Back to all events

Part I: The Unity We Keep

Unity, especially unity of the Spirit, is not something we achieve. It is the gift of a gracious and loving God who wishes to “gather up all things in Christ,” as Ephesians puts it (1:10). It is the basis of who we are as body of Christ, the church. Ephesians 2 depicts God as artist of new creation, as creator of the “new human” in and through the Christ who is “our Peace.” God’s Spirit gives life to this new human community by bringing strangers and enemies together into the presence of their Divine Parent (2:18). Such unity is the unsettling and transforming hospitality of an enemy loving God at work. It is the unity we “keep,” not make (4:3).


Part II: The Unity We Seek

The unity of the Spirit is not only God’s embrace of strangers and enemies. It is the unity “in Christ” within which God creates humanity anew. The unity of the Spirit is the messy, dusty, and noisy workshop of new creation. Ephesians 4 reminds us that we are not only the recipients of this unity, but participants in God’s gathering up and recreating us together in Christ. We “seek” the unity we “keep,” not for ourselves but for each other. That is hard work, requiring endless patience, resilient hope, both deliberate vulnerability and thick skin, in short, love. This unity is nothing less than inclusion for the sake of radical transformation.

Note: The first minute of audio in Part II is bad.

About the keynote speaker 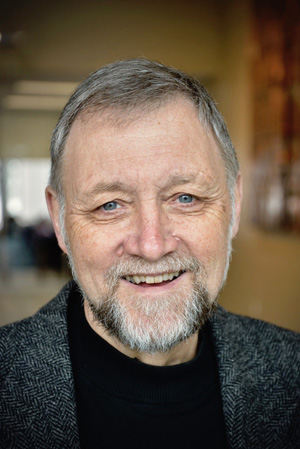 Tom Yoder Neufeld is from Waterloo, Ontario, where he and his wife are active members at First Mennonite Church in Kitchener, Ontario. He is Professor Emeritus at Conrad Grebel University College at the University of Waterloo, where he taught New Testament and Peace Studies for three decades.

Tom grew up in a missionary family in German-speaking Europe. His college and university studies took him to Fresno, Winnipeg, and Cambridge, MA. At Harvard Divinity School he earned both a Master of Divinity in 1973 and a Doctor of Theology in New Testament in 1989. In between those two periods of study, Tom served as a hospital and prison chaplain in Winnipeg, did a year of clinical pastoral training, and then served as pastor in Thompson, Manitoba, from 1976-1979. During his doctoral studies in New Testament he also served as co-pastor of the Boston Mennonite Fellowship.

Tom has always been intensely involved in the life of the church, both at a congregational and denominational level. He is presently chair of the Faith and Life Commission of the Mennonite World Conference. In addition to North America, his teaching and preaching have taken him to Kenya, Turkey, Greece, Italy, Germany, Switzerland, UK, Scandinavia, Japan, and South Korea.