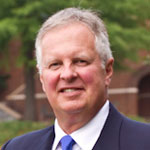 With the exception of two Mennonite Church USA Conventions, I have been present as a pastor or as an employee of a denominational agency or institution for the last 40 years. Kansas City 2015 was the first time I served as a delegate, in this case appointed by Virginia Mennonite Conference.

I also served as a table group leader in the delegate sessions. Because of my role as a delegate and other responsibilities on behalf of EMU, I did not attend as many of the worship services as usual, nor did I attend any seminars.

As has been reported extensively by others, this was one of the more challenging delegate sessions in my memory, largely because of the two resolutions related to LGBT individuals and how the church will “welcome” them or not. My perspective as an institutional president was different from that of most other delegates in that I had in mind our students, faculty, and staff, the majority of whom are in favor of greater inclusion.

I was grateful for the orientation session provided for table group leaders. The process outlined for voting, a combination of consensus testing and Robert’s Rules of Order, seemed straightforward and helpful, but the implementation of the process was not smooth and created considerable confusion. Because we have used the consensus testing process at EMU in recent years, it was not difficult for me to explain to our table group what was expected, but I doubt that was the case at many tables.

It was not surprising to me that Pink Mennos would be very visible and active at the convention and I was not surprised when a small group interrupted the delegate session. In my mind, the church has to find ways to invite folks to the table who want to participate. We have to find better ways to hear their stories.

The two primary resolutions relative to same-sex questions were viewed by many as contradictory and confusing, depending on the potential outcomes of the votes. I think we will continue to see that confusion play itself out going forward as congregations and conferences make decisions regarding future participation in the denomination. All sides will tend to point to one resolution or the other as the foundation for their positions. I was personally gratified that the “forbearance” resolution passed, and did so by a substantial margin.

My table group was diverse but not extremely so, and it was a good group to lead. No one threatened to leave the table discussions. One delegate did not participate on the first afternoon and excused himself early from one session to attend a seminar.

I know from conversations that a few delegates at other tables participated only when the votes were taken on the controversial issues but chose not to be present for the conversations. I wish there was a way to prevent that from happening.

Some delegates were present and representing congregations that had already decided they would be leaving Mennonite Church USA. In my mind, that lacks integrity and should not have been the case. That said, I doubt those votes were material in the total scheme of things.

Overall, I enjoyed the Convention and my role in it, perhaps more than I might have expected.