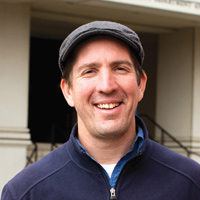 Finding the image of God in each incarcerated neighbor

I will not forget my first time in the Harrisonburg/Rockingham Regional Jail. I was leading music for a Sunday service with Minister Mark Lehman. We were let into the building through a system of locked doors, each controlled by some unseen force behind the surveillance cameras.

Arriving in the room where the service would take place, we arranged the chairs and put song sheets out on the tables. What happened next, I was not prepared for. The door opened to the classroom and prisoners—in bright orange jumpsuits cuffed together in twos—appeared. The chaperoning guard unlocked the cuffs and the men filed into the room, warmly greeting and shaking hands with me and Mark. After all the prisoners arrived the door locked closed and it was just the two of us with all the prisoners. No guard, no cuffs, just us! 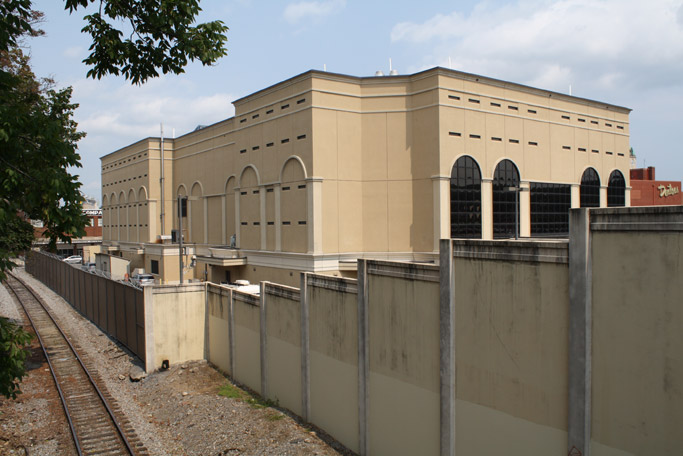 The imposing and nearly windowless back side of the Harrisonburg/Rockingham Regional Jail, where Jason Wagner serves as a chaplain. The jail housed an average daily population of 314 in 2016. Photo: Skip Tobin

I had seen prisoners before in movies, on television, in the newspaper and I even knew many people who had spent time in jail. But, being in a jail with a room full of incarcerated men was a foreign and uncomfortable experience for me. It is painful to admit, but my imagination was primed to see these men as less than human—and as such, to be kept distant and suspect.

As I began to lead music, I was nervous and robotic, unable to get past my thoughts about the environment. Eventually getting over my jitters, I was pleasantly surprised when I could hear the voices of the men faintly singing.

After leading, I sat and listened as Mark led the men in prayer and shared a message. During this time, I could truly observe the men and my eyes began to be opened to the image of God planted in each one, the image of God hidden and obscured under orange jumpsuits, tired eyes and pale, sun-deprived skin.

It was my own jailhouse conversion! My eyes and ears were opened to the deep cry and hunger for the redemptive love of Christ. 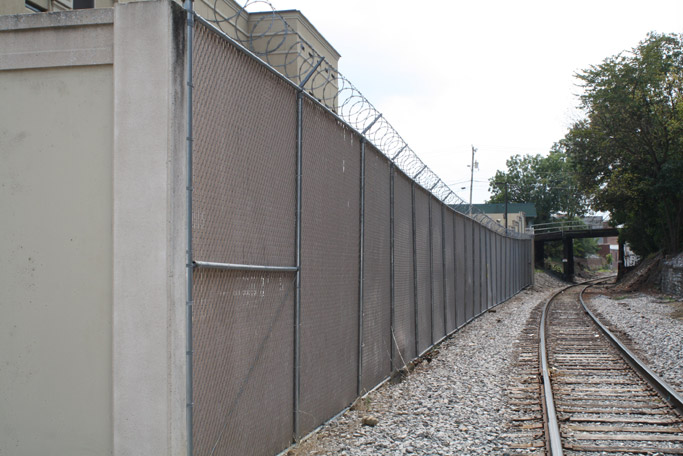 The jail wall and fence, hidden from view of the main streets.

The Lord Jesus calls us—the church—to be salt and light in a world that is bland and dark. The jail is a significantly dark and bland corner in our community, housing deeply wounded exiles who are doomed to repeat their crimes if left isolated.

God’s redemptive love looks past the distressing disguise of our incarcerated neighbors. Love begins the long, arduous adventure toward healing. The family of God draws out the God-given potential in every person.

As a newly-licensed minister with VMC, I am serving as a chaplain in the Harrisonburg/Rockingham Regional Jail as a local mission worker with Virginia Mennonite Missions. Please continue to pray for me as I lead Christian services, offer pastoral care, coordinate visiting ministries and equip the larger church body to actively engage in the jail ministry. 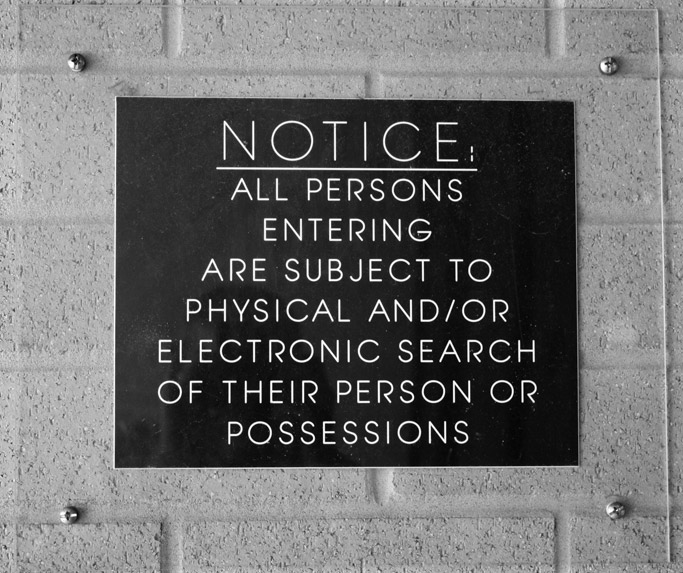