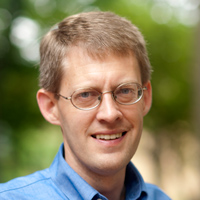 Where does the Virginia Mennonite story begin?

Perhaps the Virginia Mennonite Conference story begins in early summer 1671, in a village in the German Palatinate, where deacon Valentine Heatwole offers bedding and clothing to Christina Weis, a thirty-six-year-old refugee who had fled her home in Switzerland, traveling more than two hundred miles with her three children, the youngest only twelve months of age.

The sad fact was, Heatwole reported, Weis actually had five children, but was forced to leave two of her offspring behind. She also had no hope of seeing her husband again. He was among the Anabaptists sold into slavery to row cargo boats on the Adriatic Sea.

Heatwole’s church is taking in some seven hundred refugees that year, motivated by their own memory of fleeing persecution a decade or two earlier.

Or perhaps our story begins in Dry Fork, West Virginia, in 1926, where a girl named Anna Whitecotton is composing a letter to the Mennonite children’s magazine, Words of Cheer. While adults debate theology, Anna reports on her religious world.

“Dear Words of Cheer […] My birthday is August 17. I live on a farm of 20 acres. We have 4 rabbits, 1 cat and 1 dog for pets. I have a sister, 2 brothers, and a half-brother. Their names are Mary, Harry, Clyde, and Jimmy Jr. […] I have a father and a brother in heaven. I go to Sunday school every Sunday I can. I have only missed one Sunday this summer. My teacher’s name is Miss Vada Heatwole. I like her for a teacher. […] I am reading the Bible thru this summer.”

Hundreds of children from Virginia, West Virginia, and Tennessee write to Words of Cheer, and their letters uniformly convey the fact that the most important people in Virginia Mennonite Conference are Sunday school teachers.

Or maybe our story begins in Newport News in 1972, where a forty-three-year-old pastor named Leslie Francisco II, born in Roaring Creek, North Carolina, receives a vision, grounded in Habakkuk 2:3, to begin a church in Hampton, despite the many practical, financial, and spiritual barriers.

The prophet’s verse counsels both patience and persistence. As he prepares himself to follow the call, Francisco pens an essay entitled “Let Me Be Your Whole Brother”: “When I was hungry, you formed a humanities club and discussed me in the appropriate committee. When I was imprisoned, you crept off quietly to your chapel and prayed, while I waited in vain for your visit. When I was naked, you made a statement about the immorality of my appearance. When I was sick, you pitied me – and knelt and thanked God for your own good health. When I was homeless, you preached to me about the heavenly home waiting for me after death. When I was lonely you did not want to disturb me, so you left me alone. […] But I’m still hungry and lonely and cold.”

Or perhaps our story begins in Chacachacare Island, four miles off shore from Trinidad. There, the Trinidadian government has isolated those with Hansen’s Disease. Banished to the island, they have created a community of necessity that often transcends their Afro-Caribbean and south Asian Muslim and Hindu backgrounds.

By some accounts, the church had paid limited attention to them until Dr. Richard Keeler, from Virginia, instigates a holistic and broad-based public health campaign to treat and repatriate Chacachacare residents, people who carry their connections and trust of one another into the church. People like Ruphina Moze, baptized in July 1978, along with her 93-year-old mother-in-law, and Kouncil Mohammed, whose Muslim husband, Shazzie Mohammed, never stood in the way of their home being open for Bible study.

Sembach. Dry Fork. Newport News. Chacachacare. All of these places are starting points for our story.

If the idea of plural beginnings seems surprising, perhaps an unconventional opening can remind us that there is no singular human starting point for church history. Our story ultimately begins with God, who has been and is at work across time and around the world.

The meaning we discover in the gospel’s connections among people and places is one way of talking about the church’s mission. And that truth brings us back to the one place we must begin, a new-yet-old story that is, from beginning to end, God’s love for the world.

This article appeared in the Fall 2017 issue of Pathways, based on Steven Nolt’s presentation at Conference Assembly, July 2017.