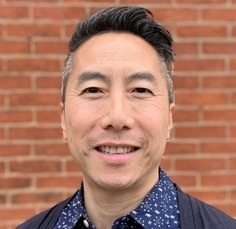 The Spirit of the Sovereign Lord is on me, because the Lord has anointed me to proclaim good news to the poor. He has sent me to bind up the broken-hearted, to proclaim freedom for the captives and release from darkness for the prisoners, to proclaim the year of the Lord’s favour and the day of vengeance of our God, to comfort all who mourn, and provide for those who grieve in Zion—to bestow on them a crown of beauty instead of ashes, the oil of joy instead of mourning, and a garment of praise instead of a spirit of despair. They will be called oaks of righteousness, a planting of the Lord for the display of his splendour.
—Isaiah 61:1-3

Some of you may know that though I was born in America, I spent most of my life in Canada. So a return to America has offered somewhat of an outsider’s view into our nation. I don’t think this will come as a surprise to you, but I’ve noticed that we Americans really love to celebrate wins. We love to boast about our successes.

And as far as I can tell, even though Mennonites in America are not particularly bombastic in our style and dispositions, I think some of us can certainly be bombastic about our favorite sports teams, especially when they win.

America is for winners… or at least that’s what we’ve been told to believe. We want to be seen as successful, or “blessed” if we are to use Christian lingo.

But the corollary to winning, is that often, someone loses. And as the past year has highlighted, there continues to be a narrative of someone winning at the expense of those that lose, whether it’s about an election, or a virus, or vaccinations, or immigration, or the tragic disease of racism. On this last point, I find it a privilege to serve alongside other members of the Racial Justice Task Force commissioned by the VMC to truthfully look at ways that the conference has upheld racism or discrimination in our history and institutions.

In what ways have we, the VMC, won, at the silent expense of those that lose? A significant part of the work of the task force is to have the VMC say, “Silence no more.”

Within VMC, each time we gather together for an assembly, we often take time to acknowledge wins and losses as a conference. We can celebrate the birth of new congregations, but we can also acknowledge the loss of congregations.

It’s the reality of life as a diverse community of congregations that we feel deeply both the wins and losses. And as Americans, the losses often sting a little bit harder. We don’t have to be afraid of either of these, despite our tendency to gloss over the latter.

I know that when I come to texts like Isaiah 61, I’m inclined to identify with the wins. I identify with the “wins” of the Lord’s favor, and being sent as the proclaimer of good news, of freedom, and of comfort. I want to be the one who gets to tell others of God’s favor upon them. I want to be the one who bestows beauty and joy upon those who are disturbed and distraught. In wanting to identify with the winning in this passage, I wonder if that is perhaps more of an American instinct, rather than a particularly Christian one. And isn’t it quite presumptuous (and perhaps just as American) of us to read ourselves into a text that clearly points to a specific Anointed One?

What might it look like for us to hear and embrace these words of Isaiah as the apparent “losers”? What if we were the poor? The broken-hearted. The captive. The prisoners. The ones who mourn and grieve. The ones who sit in ashes. Does that change how you hear these words?

But the words of Isaiah offer us incredible hope. The Living God offers hope—not just beyond the loss, but in the midst of the loss. You see, when we understand just who it is that the Spirit has come upon, and who it is that has been anointed to proclaim the good news, we find that the losses and the ashes and the mourning do not have to scare us. They don’t have to overwhelm us. They don’t define us. We can name our losses honestly. We can take our disturbed and distraught emotions and call them for what they are. We might even come to be OK being called losers in the eyes of those around us. Because of who the Spirit of God has first been poured out upon, we can name these losses and lament with hope.

Isaiah’s words pointed to the One to come who, though was a winner in all respects, yet loses not only in the eyes of those who condemn him, but he loses in the eyes of those who worshipped and followed him. And the one who should be a winner in all respects because He is God, we find, loses by hanging on the ugliest and most brutal form of suffering known at the time—the cross. We have come to know this winner who becomes a loser, as Jesus, the Son of the Living God.

Yet even in the moment of his apparent losing, we find something incredible. As Jesus hangs on the cross with the very last threads of life dwindling from him, he still fulfills the words of Isaiah! On the cross, he has the wherewithal to see the mourning and anxiety of his mother, Mary, at his feet. She’s not just mourning the loss of her precious son. She’s anxious about what’s going to happen next when He’s gone. How will she even survive on her own? Yet, Jesus offers comfort to her by ensuring she will be taken care of…even as he apparently loses. Of course, we know the cross is not the end of the story. On the cross, Jesus does ultimately win in an unexpected way by conquering the power of sin and its curse, death. Jesus not only atones for our sin, but resurrects from the grave. Jesus wins by showing us a new future for humanity and for all of creation.

Today, we acknowledge our wins and our losses. But we don’t do this alone. We stand on privileged ground compared to Isaiah because we stand on this side of the cross in history.

Someone has been anointed by the Spirit. Someone has been sent to us by the Sovereign God of all Creation. His name is Jesus and he stands at the center of it all. All of our wins…and all of our losses So be comforted. The losses don’t define us, but neither do the wins.

The ashes are not meant to be our state forever. In Christ, beauty will surely rise.

This article is from a meditation given to Virginia Mennonite Conference delegates at the virtual Conference Assembly, June 12, 2021, and was subsequently published in the Summer 2021 issue of Pathways.