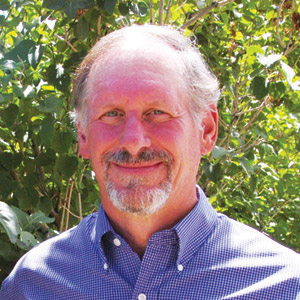 Back in 1954, a Mennonite church was founded in Lyndhurst, Virginia. Lynside Mennonite Church has grown, struggled, and remained faithful to God ever since its beginning. They have dealt with similar issues as other churches. Some they overcame, some they struggled with, but none of them were enough to close the church.

One issue they never addressed was a pastor requesting a 3-month sabbatical. At least, they never faced this issue until last year. That is when I, the current pastor made just that request. Dealing with Covid-19 had been stressful, and it was time for a break.

We all know that change can be very frightening, especially when you are not in control of what is going to happen. Southern District Minister Beryl Jantzi has commented that pastoral sabbaticals are not intended to be a reward for past service but preparation for future ministry.

After much discussion, the church approved this request. As you might imagine, there were some concerns and fears expressed during these discussions.

What would happen to the church if the pastor was gone for three months?
Who would do what the pastor usually did?
And the big question, what sort of sermons would be shared and by whom on Sunday mornings?

A plan was formulated that included how all of this would be covered.

On January 10, this sabbatical began. Now, several months later, Lynside is thriving and growing. How this church grew while the pastor was on sabbatical is an amazing story.

Early in the process, Lynside made the decision not to bring in outside speakers for Sunday mornings. There was one guest speaker who offered to help out and the district minister preached three times. All of the rest of the sermons were covered by members of Lynside, most of whom had never preached before. One of these speakers noted that he had been attending Lynside for a few years and was quite comfortable here. He also knew at times God does not want us to be too comfortable so when he heard the request, he knew God was speaking to him.

Halfway through this sabbatical, my wife Sue realized she needed to stay an extra month due to the health issues of another potential volunteer at Peace Academic Center.

When Lynside learned of this, they graciously offered an extra month of sabbatical to me. With little or no trouble, Lynside soon had these extra four weeks of preaching covered, all with members of the congregation. Altogether, eighteen Sunday mornings were covered, fourteen of them by members of Lynside willing to help out while their pastor was on sabbatical.

How did this happen?

There is one main reason why this plan worked so well. Lynside is a church that has an accepting, encouraging attitude. When they see someone trying to follow the call of God, they will walk with them and support them on the way.

As one member stated, we as a church have a relaxed, non-formal approach to church. We see what God is doing and we want to work with God. We see a need and we want to help. Lynside has been a church that has been involved in many service projects over its history. Now, this attitude of service was fulfilled during the Sunday morning worship as well as other times.

And this willingness to serve was appreciated by all. Not all are able to serve but all can encourage and support those who do serve. This is true whether we are talking about a mission trip to a remote location or sharing on a Sunday morning in church.

This idea of a sabbatical for the pastor at Lynside brought the potential for great fear. Instead of being paralyzed by fear, the members of Lynside listened to the call of God and stepped out in faith.

At the end of this sabbatical, they knew God had done a great and mighty thing in their midst. Not only was their pastor refreshed and renewed, but they also had experienced tremendous growth as individuals and as a church body.

Maybe the experience of Lynside in early 2022 suggests a sabbatical can also be preparation of church members for future ministry!